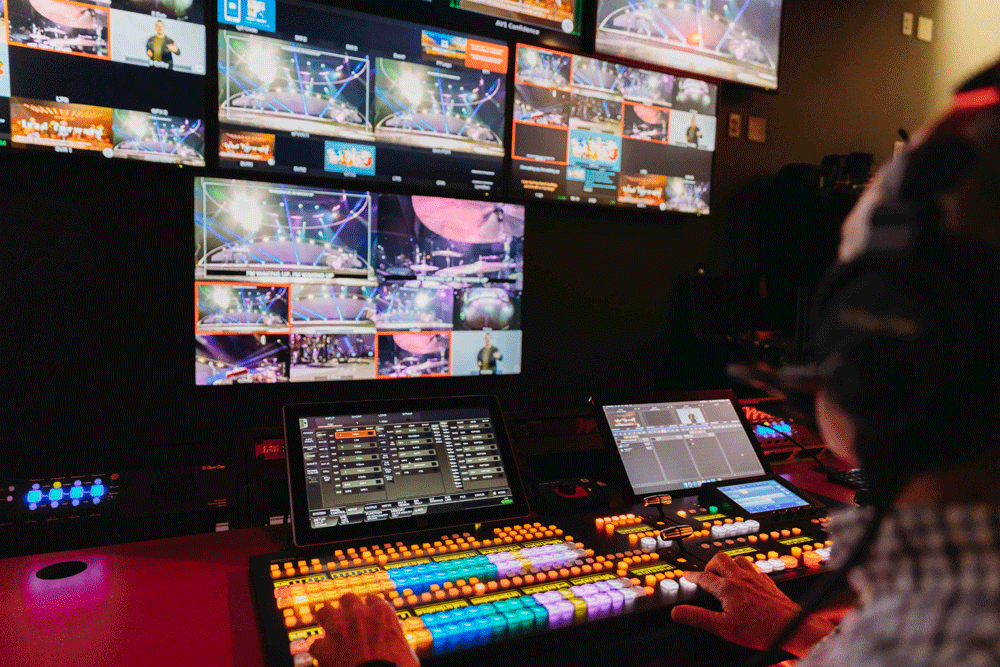 Based in Frisco, TX, Preston Trail Community Church has seating for about 1,500 people, and close to 10,000 people worship with them every month. The church’s FOR-A HVS-2000 video switcher is used to simultaneously produce video coverage for live streaming on its website and I-MAG (image magnification) for the in-person congregation. Chris Briley, technical director for Preston Trail Community Church, said his shooting philosophy is to always support the content without overshadowing the message.

Each service uses a mix of cameras. Two wireless handheld cameras with cinema lenses are usually at the front of the stage during the musical numbers, but will move to the back of the room during the sermon for wide shots for the streaming production. There are also two cameras on tripods and a third on a track, plus a POV camera on an automated slider.

To celebrate Good Friday earlier this year, the Preston Trail creative team wanted to make some special video content. Normally, Preston Trail runs a 1080i video operation, but for a prerecorded, “unplugged” Good Friday service, the program was produced in 24p. The service included a multi-camera recording of a couple of songs that were switched live on the FOR-A switcher.

The 24p adjustment was a simple menu setting for the FOR-A switcher, but Preston Trail had to engineer the entire production. That meant adjusting cameras, graphics, and the master sync generator to 24p. Briley said the whole process took about two hours. “I thought it was going to be difficult to get everything to work properly,” Briley admitted, “but it all just worked.”

Built-in effect on the HVS-2000 creates a film look

During the live services each Sunday, the worship songs get special treatment. Their services are shot in 1080i/60 as usual, but a built-in effect on the FOR-A switcher creates a film look for the musical numbers without having to convert the cameras or other equipment. Found under the “Strobe” effect on the HVS-2000 and other switchers, the “Film A” sub-effect creates a 3:2 pulldown look in color. (The “Film B” sub-effect creates a 3:2 pulldown in a sepia tone if you’re trying to create an “old time” look.)

When a song is complete, the director wipes to a transitional graphic and shuts off the effect. As a result, the service video subtly returns to “normal,” which avoids a jarring change in imagery for the viewers. “The switcher is doing a ton of work, but the audience never sees the effect coming or going,” Briley explained.

On Easter Sunday, to add to the cinematic presentation, the volunteer director, Rob Whitiker, performed some graphics gymnastics during the songs. Lyrics appear on an LED “lyric banner” behind the band during each song. The pre-built lyrics (with building effects) were also available to the FOR-A switcher through an alpha channel, so they could be shown on screen in front of the band. However, when the director took the wide shot for the live stream – with the lyric banner in full view – he removed the graphic overlay, so the web audience never saw the lyrics in two places in the same shot.

Does your church want that film look for its multi-camera productions? It all starts with the right switcher. Schedule your demo here. 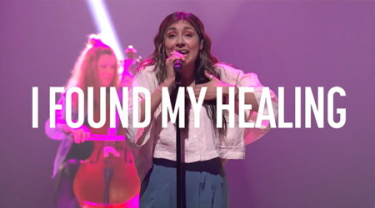