UAE Broadcasters Reach for the Stars with FOR-A

In February, the United Arab Emirates became the first Arab country (and only the fifth worldwide) to orbit Mars. Its Hope Probe will spend close to 700 days orbiting Mars and creating a map of the planet’s atmosphere. When the probe successfully entered orbit, regional broadcasters relied on FOR-A video switchers to share the story.

“The Hope Probe was a major milestone for the UAE National Space Program, and we are honored to have been selected to share this news with broadcasters across the region,” said Roland Daou, director at Media Mania. “When you have a moment that is this important, you need a switcher that can deliver flawless coverage, no matter what you throw at it. It comes down to performance and reliability.

When it’s time for you to cover the next big event, make sure your production vehicle is out of this world. Schedule your FOR-A switcher demo here. 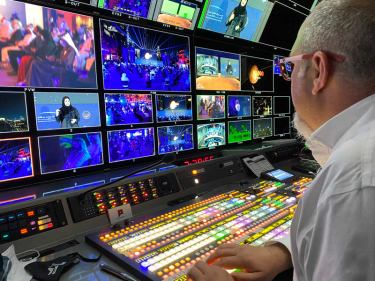