Ken Sorrell, national account manager for Music Matters, said the toughest challenge of moving to 12G has been “handshakes” between the equipment. “Getting pieces of gear to talk, trying to find the right 12G cable and the right connectors that will allow us to get the maximum distance from our video switcher to, say, a projector. That’s a challenge,” he added. “FOR-A has really simplified the transition from HD to 4K thanks to their 12G single-cable solution and vast knowledge of broadcast. They have the ‘know-how’ from real-world implementation of actual working 12G 4K workflows. Plus, the operation and workflow of FOR-A’s equipment is so intuitive, which makes everything incredibly simple.”

Lyon Video, a video broadcasting and production company based in Columbus, Ohio, has purchased 10 FA-9600 multi-purpose signal processors with the high dynamic range (HDR) software option.The first eight units have been installed in Lyon-14, a 53-foot expando OB truck that is being used for a 13-game NCAA Division I college football package during the 2021 season.

“The quality of the conversion is so important. When we looked at the options available to us, the FA-9600’s quality was superior to their competitors,” Chad Snyder, president of Lyon Video, said. “Having these signal processors as part of our equipment package allows us to include these extra visual elements that viewers are accustomed to seeing. This gives it a consistent feel at the network level.” Learn More

A 32-channel, multi-format multi-viewer that supports customized layouts with up to 40 windows. Comes standard with M-JPEG stream output for LiveViewer and/or alarm recording function.

*1 Optional, to be supported.  *2 HDMI outputs using the same video as SDI output. 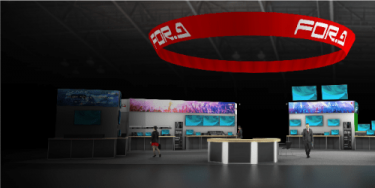